The focus of the show will be on the 10 astonishing Ballet Stars, internationally renowned artists, winners of prestigious competitions, principal dancers of the Bolshoi and Mikhailovsky Theatres, the American Ballet Theatre and Staatsballett Berlin, Dutch National Ballet, Grand Théâtre de Genève. The program will become a stunning showcase of their great talent.

Like in previous editions, we would delight our public with the program featuring iconic classics and exploring contemporary masterpieces created by the most prominent and sought-after choreographers of today's ballet world.

To surprise our spectators we are bringing two new pieces never presented in Switzerland before: "Frida" premiered on January 2020 at National Dutch Theatre, "Tahitian Women" choreographed for the gala 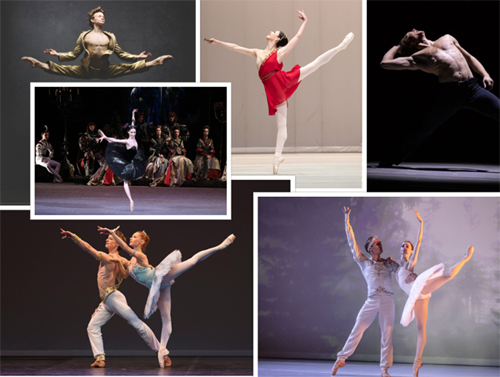 10 Ballet Super Stars from 6 legendary Theatres in a stunning new program! Not to be missed!

Awards:
2011 -  Nina Ananiashvili and Gilbert Albert Award .
2014 - Maia was nominated as one of the outstanding dancers in the Netherlands by Critics Choice for her performance in Aleksei Ratmansky's Firebird and Balanchine's Tchaikovsky Pas de deux.
2015 - Alexandra Radius Prize for remarkable achievements

Awards:
He received "Alexandra Radius prize" for remarkable achievements.
In 2004 finalist of international ballet competition "Arabesk" and received the "most talented dancer" prize.

Awards:
In 2004, she was a recipient of a Triumph youth grant prize.
In 2018, awarded the title "Honored artist of the Russian Federation".